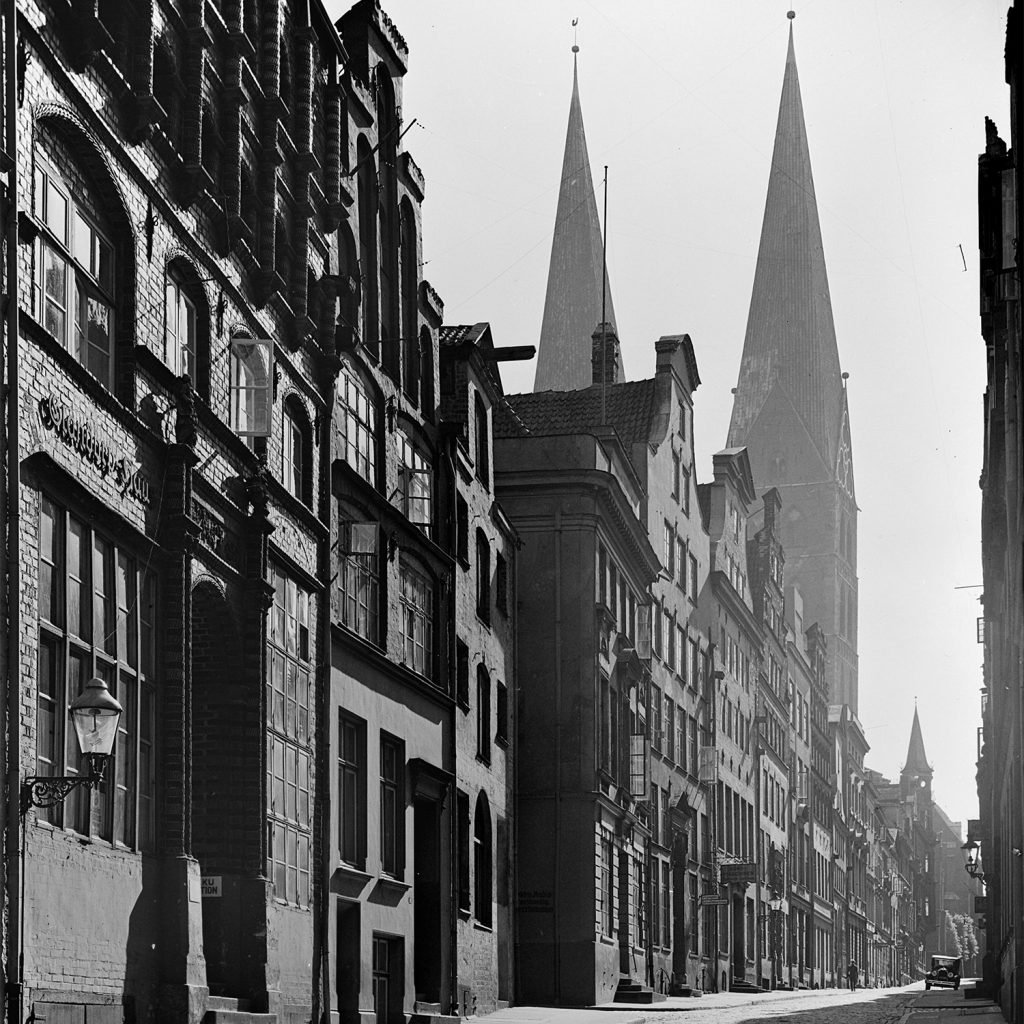 The area south of Lübeck‘s Marienkirche is truly the oldest quarter of the city. It was here – right between the market, the Marienkirche and the harbour by the Trave river – where Lübeck was founded in 1143. Unfortunately, precisely this historic merchant‘s quarter was destroyed almost competely in the Second World War in the night of bombing of Palm Sunday on March 28 to 29,  1942 – and with it all the buildings that, in their diversity, had represented 800 years of city history.

In the post-war period the city of Lübeck bought the site and built residential houses as well as two vocational schools. At first, the intention was to start completely anew. However, gradually a process of rethinking took place. When in 1987 Lübeck was declared UNESCO world cultural heritage in large parts, it was finally decided to remove these architectural aberrations of the past. 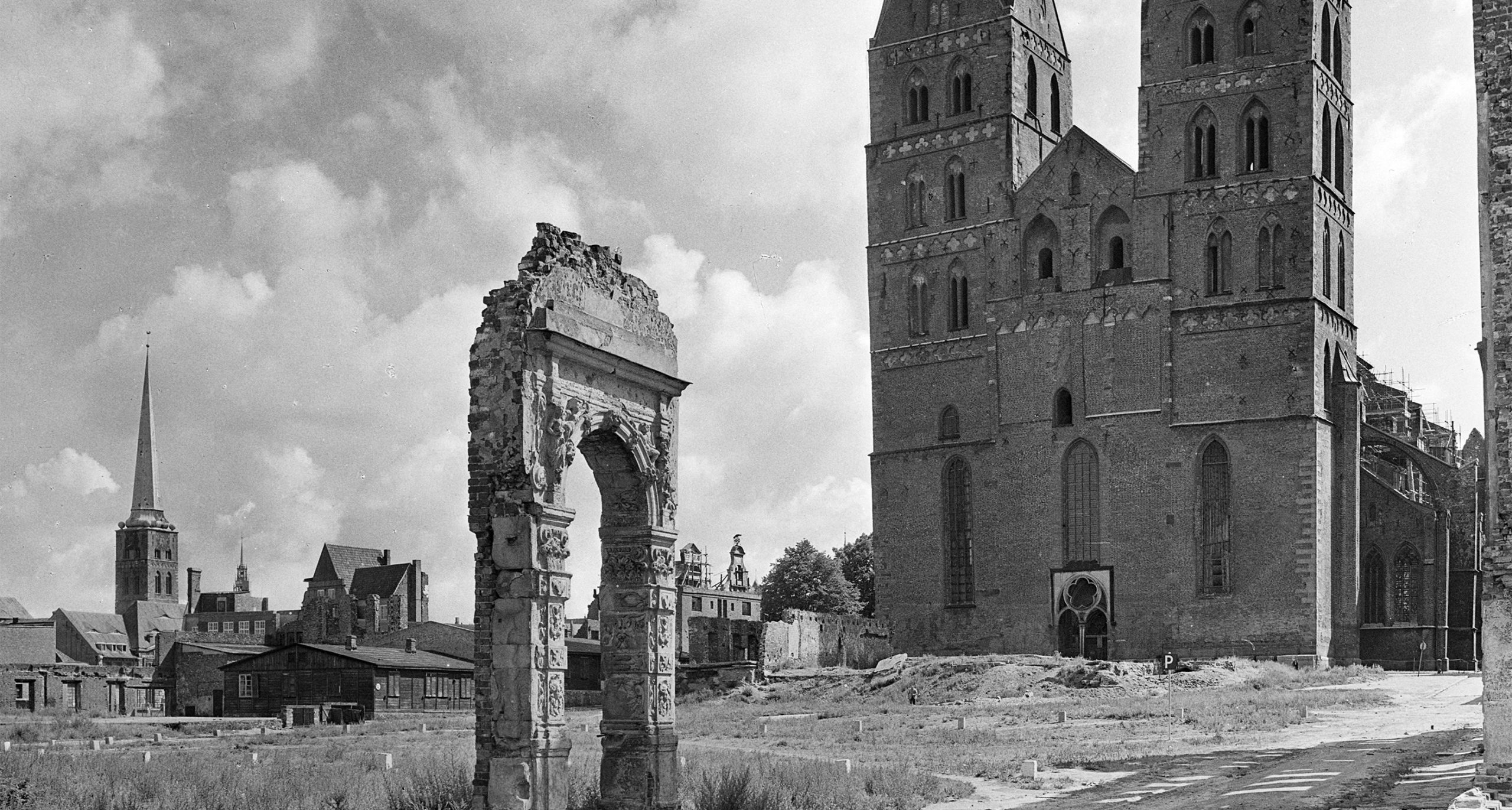 After the demolition, extensive archeological excavations were undertaken with federal financial support from 2009 to 2015/16. To date, the various results and numerous findings are being analyzed by archeologists. In case you want to learn more about these exciting findings: https://www.gruendungsviertel.de/archaeologie.html.

After, it was finally possible to revive Lübeck‘s ancient city history with contemporary means. The new quarter ought to correspond to the medieval originals regarding the plans of site as well as the building style, whereas the reconstruction of a pseudo-historic illusory world should be avoided altogether. Moreover, the aim was to develop a diverse neighbourhood fulfilling modern urbanistic criteria. 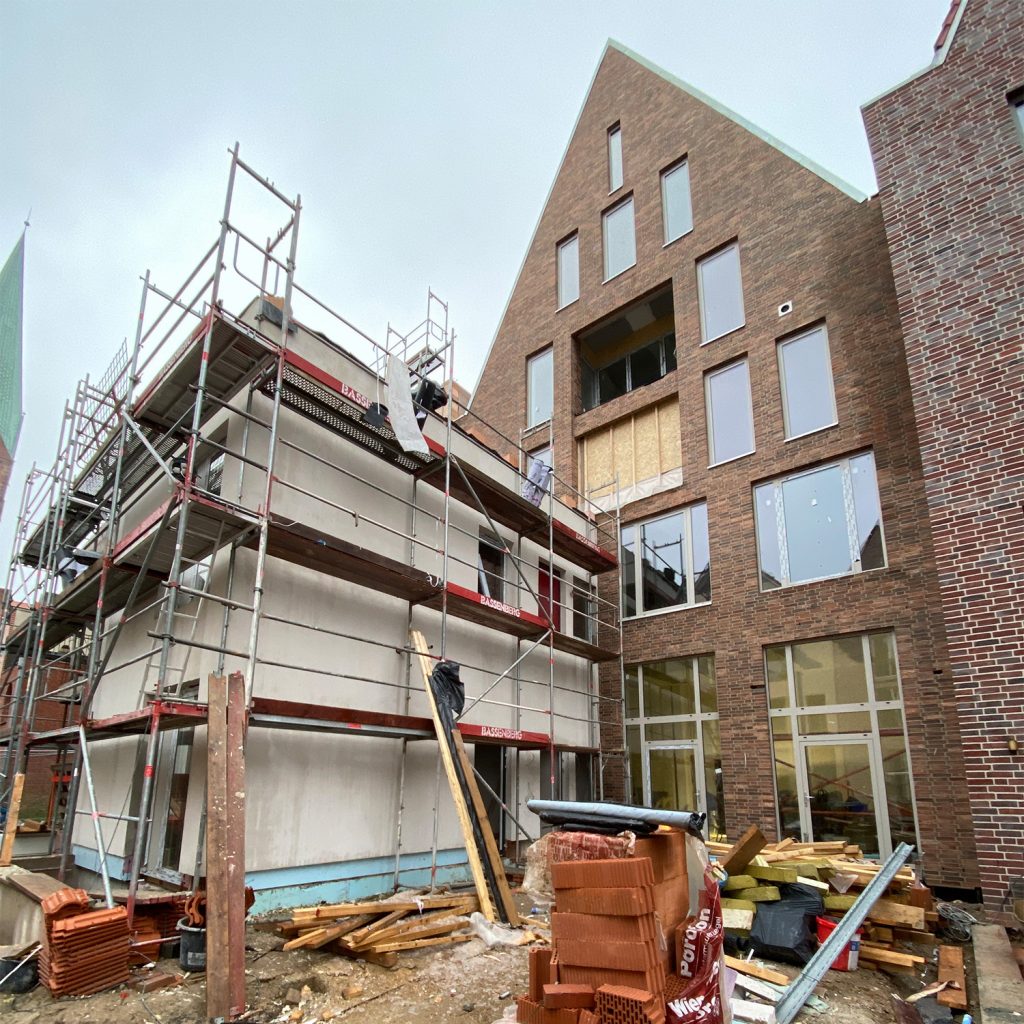 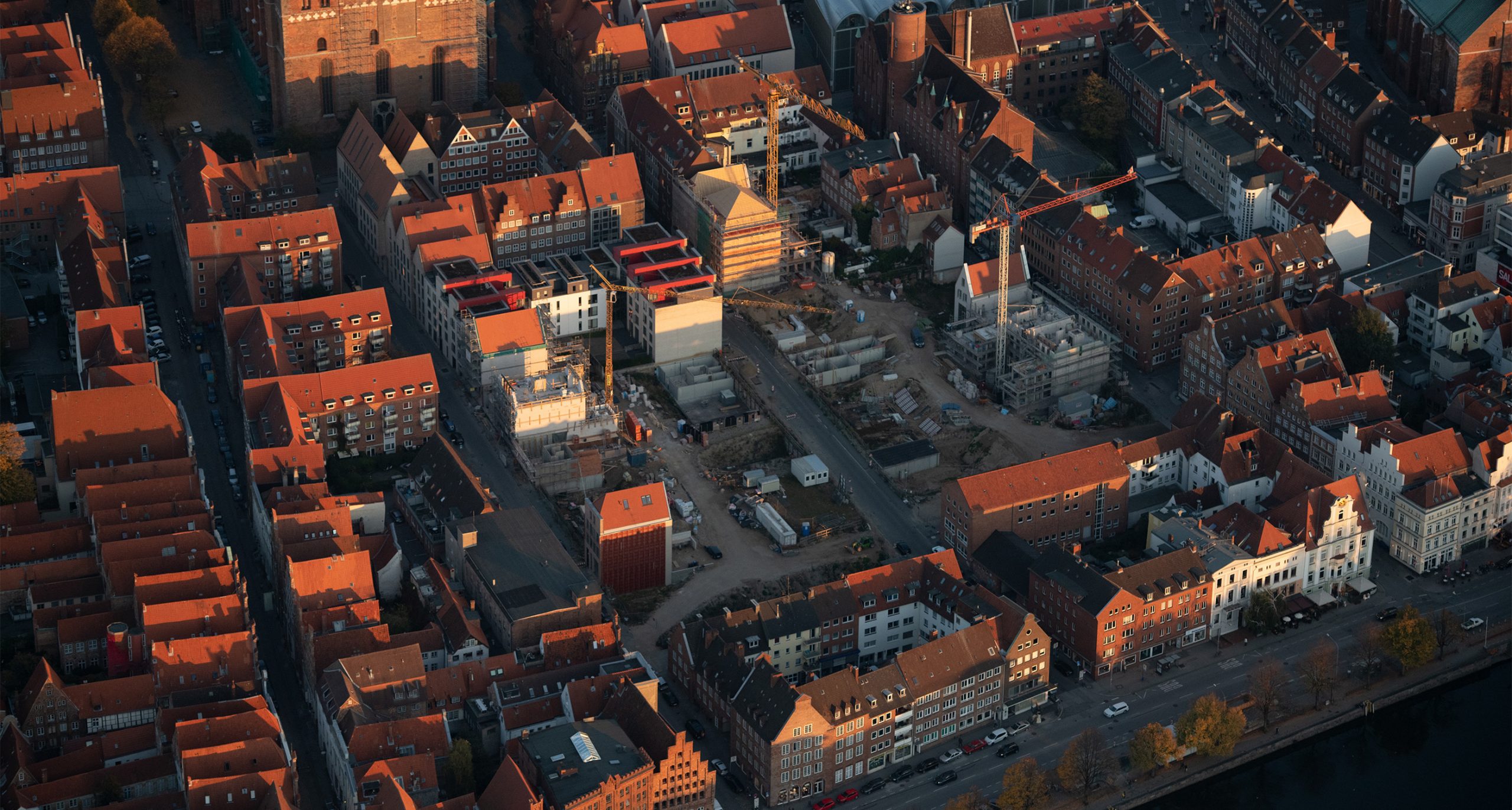 Thus our completely new building remains in the same spot where it first had been more than 800 years ago in Fischstraße 22. You can find more Photos of the new and the old Fischstraße in our gallery.